Bright and early this Friday morning, all of the Pingry students and our German buddies met up at a train station, excited for the fun day ahead of us. The first activity on our agenda was the Klettergarten (climbing park). It is basically a huge elevated playground built into a forest and it consists of multiple courses ranging from easy to advanced (and at all times we had safety harnesses on). Although being 15 feet above the ground and being very balanced took some time getting used too, most of us felt comfortable really quickly. In fact, most of us ended up successfully climbing the most difficult courses at the climbing park! After a few hours of climbing, we took the train to Frankfurt, which is a really nice city with not a lot of commotion, quite different from New York City. Shortly after arriving in Frankfurt, we decided to eat lunch at Gref-Völsings, an iconic sausage shop known for their creation of Rindswurst, a sausage made out of beef. Appropriately, I, along with a few other students, decided to order the Rindswurst with a side of Käsespätzle, which is a type of noodle with cheese. Everyone really enjoyed their meals and thought it was delicious. However, an issue we had encountered during lunch was the water. In Germany, when you order water, they assume you mean sparkling water, which no one had known. As a result, when everyone drank the water for the first time, as Herr Niehues put it, „Everyone had a surprise party in their mouths.“ Following lunch, our next destination was the Dialogue Museum. The museum was pitch black and we had to rely on our other senses as well as a blind tour guide to get us through the museum during a 90 minute tour. Although the teachers recommended the American students to go on the English speaking tour, I decided to go with the German tour guide, which was quite challenging but it was also rewarding to get through the whole tour in German. The museum is a really eye opening experience as it is very interesting to understand the perspective of a blind person. We experienced crossing the street, going through town, and traveling in a boat, all in pitch black. All in all, today was a lot of fun and we are looking forward to spending time with our host families tomorrow! 🙂 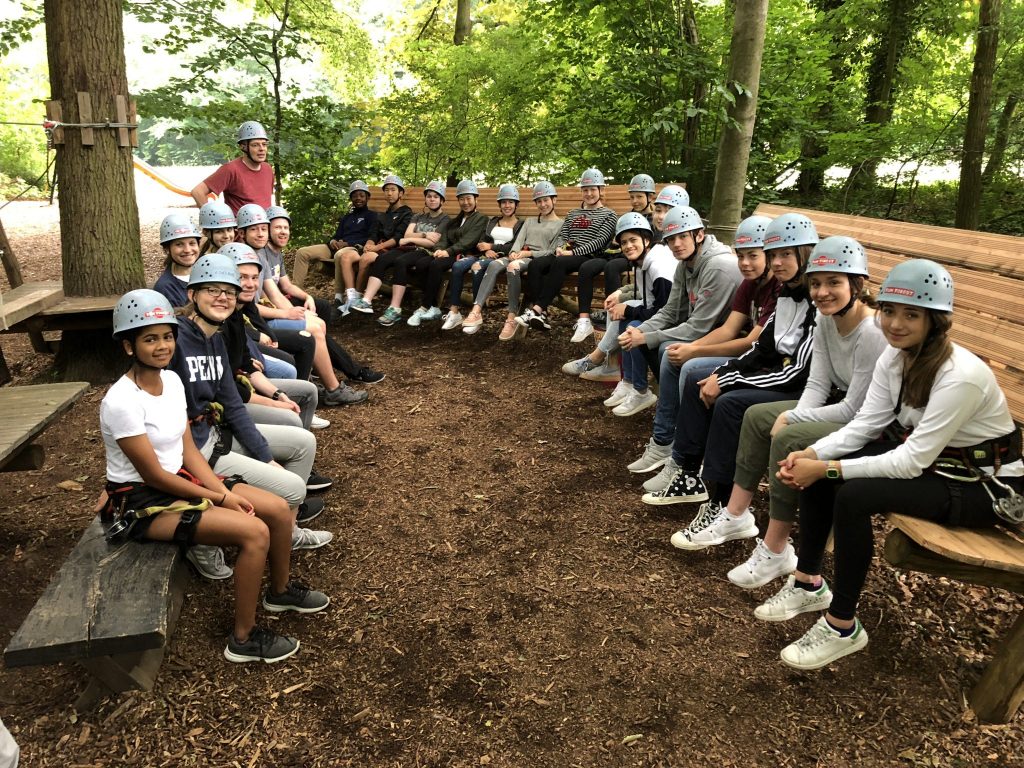 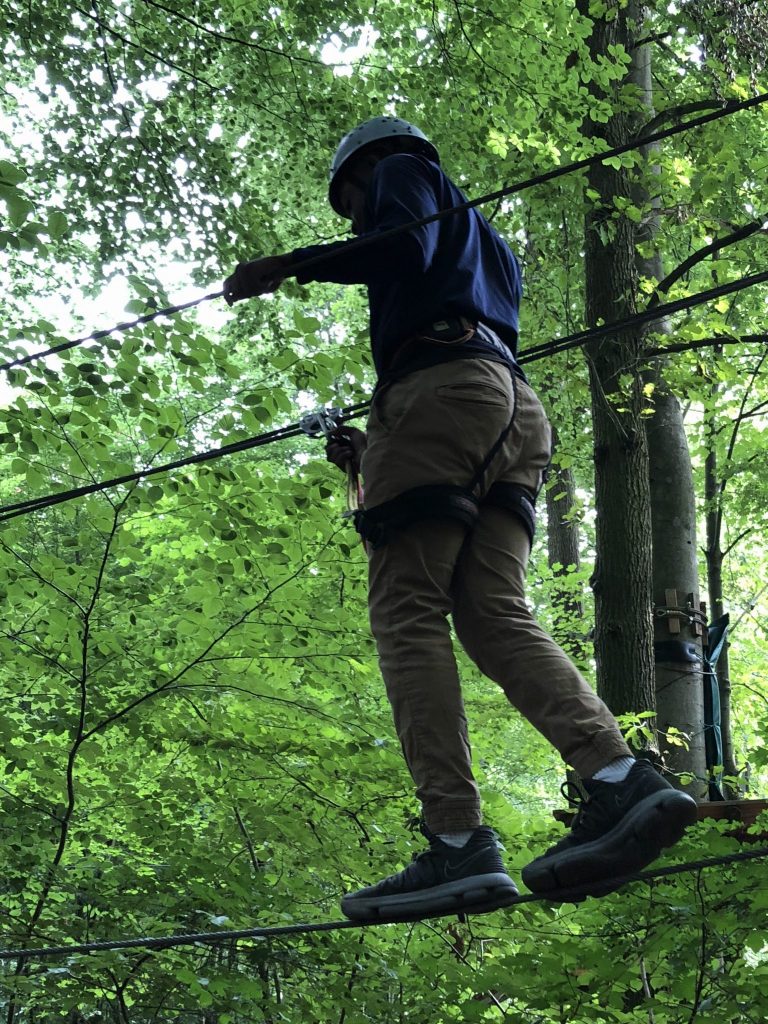 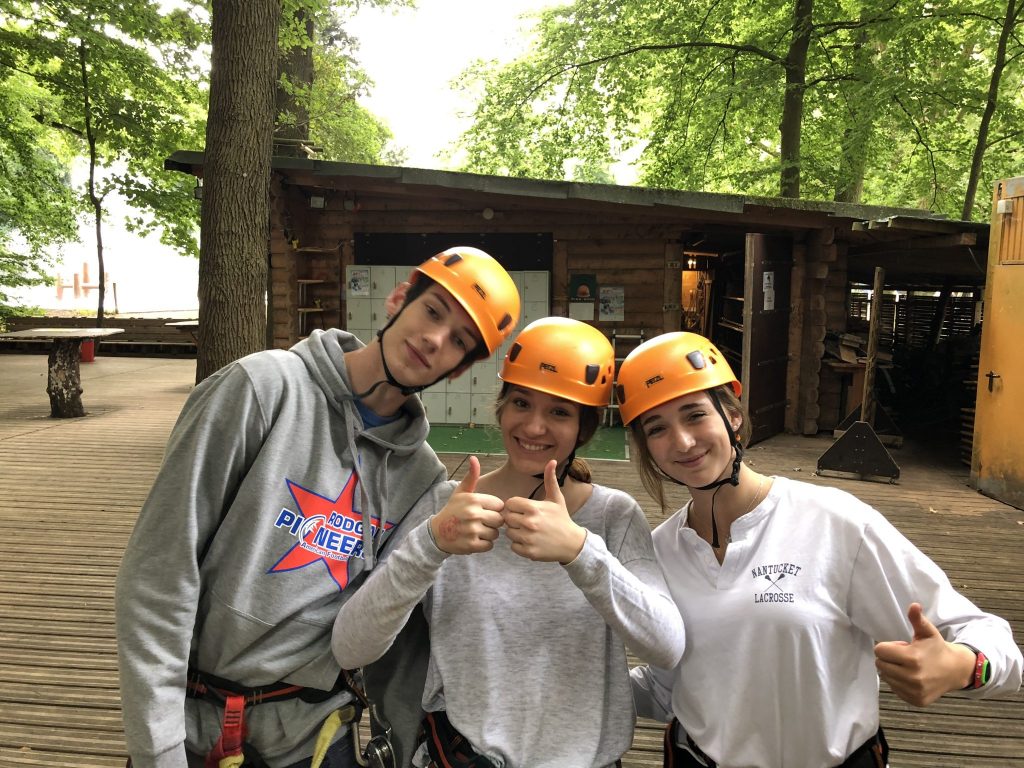 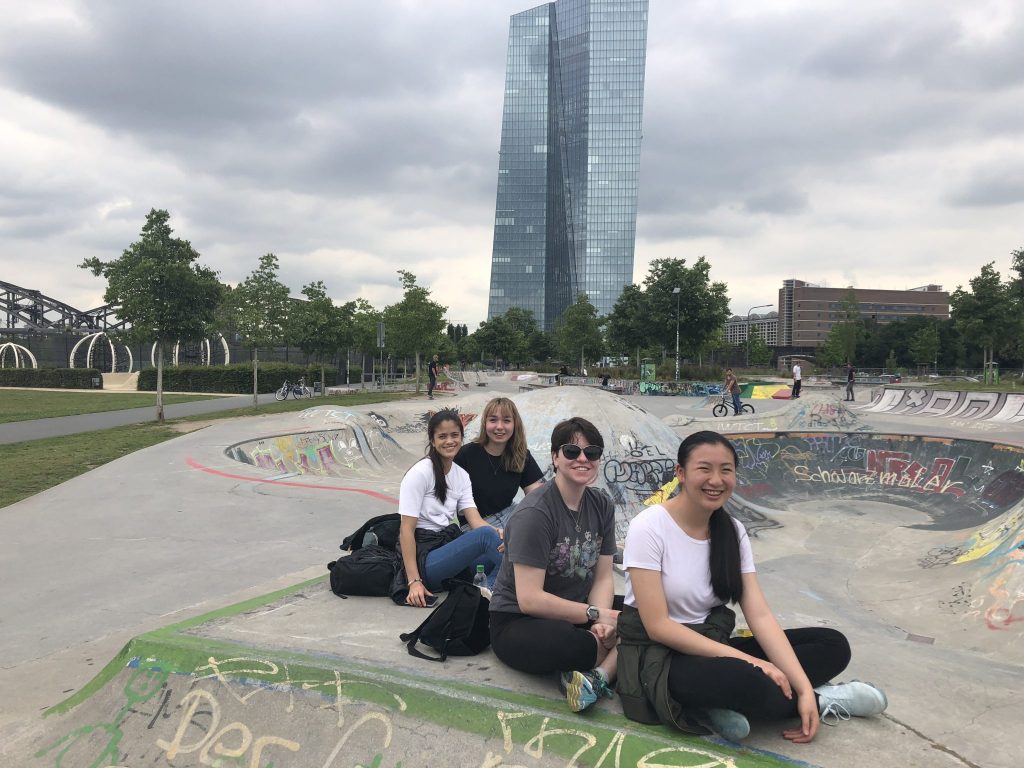 What began as a long and grueling plane ride only continued into a equally strenuous first day. Whether it was trying to find that perfect sleeping position or attempting to identify what food was being served, it was safe to say that all of us were excited to be greeted by waving American flags and goodie bags at 3 AM ET. Well, maybe in theory. After months of communication over text and social media, the Pingry students were finally reunited with their German partners, and although it was difficult to show our excitement (we were tired), we were all ecstatic to experience their daily lives. We were quickly introduced to the German bussing and transportation system, which will absolutely not wait for you to even grab onto something to hold. We also discovered that speed limits are up for interpretation in Germany.

A partial day of school awaited us upon our arrival, beginning with a warm welcome from the headmaster of the Karl-Rehbein Schule and an interactive scavenger hunt to be completed in groups. It was the perfect opportunity to parade the town and discover many of its popular spots. An open market, the statue of the Brothers Grimm, and even a small yet sentimental coffee shop all make Hanau the quaint yet vibrant city it was described as. We then went to the homes of our host families and began the first challenge of immersing into the German culture: attempting to speak German with the host parents. It was no easy feat, but I imagine every student was able to articulate at least basic information. Even Ms. Decatur, who´s knowledge of German extends to Duolingo Level 2, has been making an applaudable effort at trying to speaking German and never shying away from a challenge. It’s a good thing we were all very eager to fall asleep that night, since a day full of adventures awaited us.

On Day 2, we all spent the first class with our host buddies – whether it was Zara and I struggling with ultimate frisbee or Hardy showing off his proficient skills in English, even the first part of the day was filled with action. Most of us parted from our German partners by 9:30 AM as we headed to a nearby vocational school that specialized with baking, butchering, and other craftsman professions. Unlike schools in America, students are divided into high schools that support the professions they would like to go into, rather than everyone having to fulfill the same nationwide school requirements. We were instructed on how to bake Brezeln (traditional German pretzels originating out of Bavaria) and chocolate buns. It was messy, but very worth it. Not to mention, our charismatic baking instructor and his less than appropriate jokes made it a very comedic experience for us all. We parted from German “Homer Simpson” with a basket of freshly baked bread and many memories. He may have taught us how to bake, but we taught him how to pronounce “flour” – a mutually beneficial relationship.

We had a bit of free time with our buddies until 3 PM, when we attended a dance class with a very energetic dancing instructor. By now, all of us have experienced the vibrant personalities of the German people. We began with a simple disco dance, leading into a line dance and then a few traditional waltzes. Not only did she teach us how to dance, but also gave the guys a crash course on how to properly court a woman. She was a woman of many talents, safe to say. Although her last exchange group was very hesitant to dance with the other gender, our group did far better on that note – for the most part. A huge lesson to take from this experience – some of us are rhythmically challenged. Also, sweaty hands become infinitely more off putting during a dance. But no matter what happens, always clap after a dance and NEVER reveal how good or bad your partner was. Common dance courtesy. 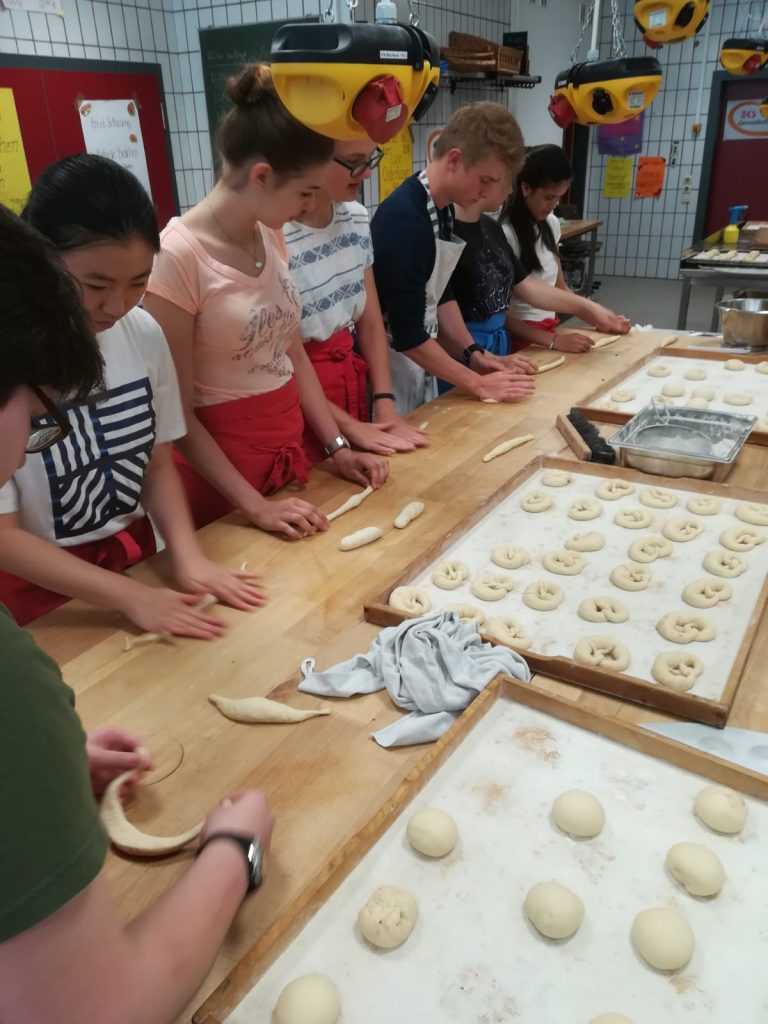 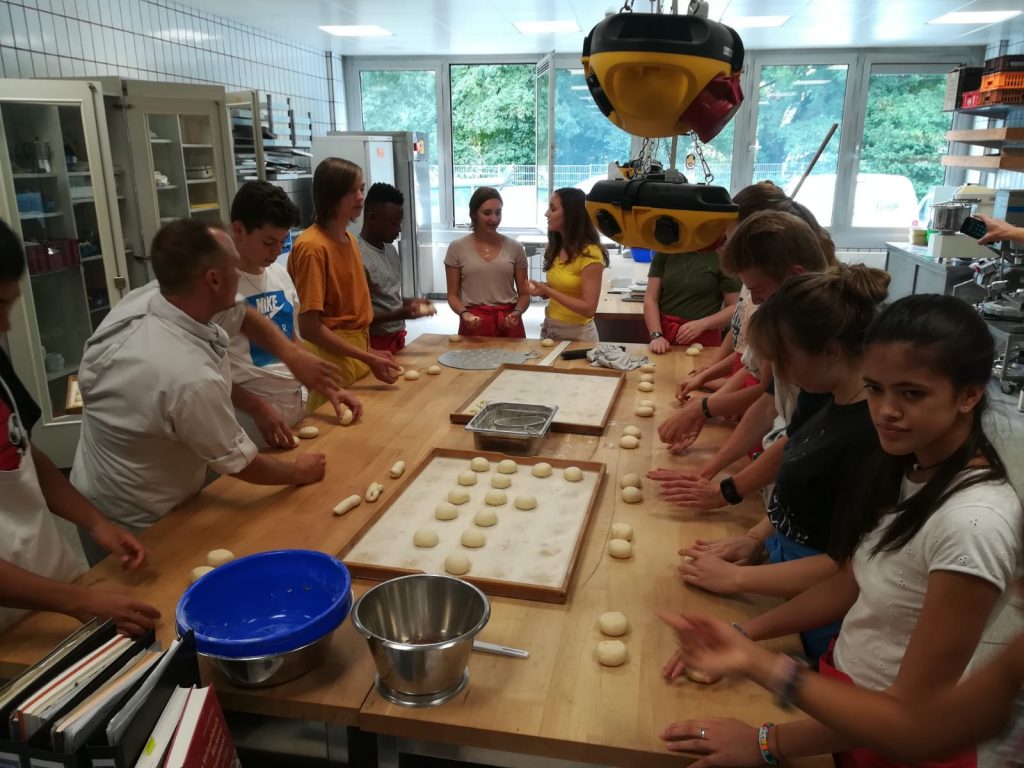 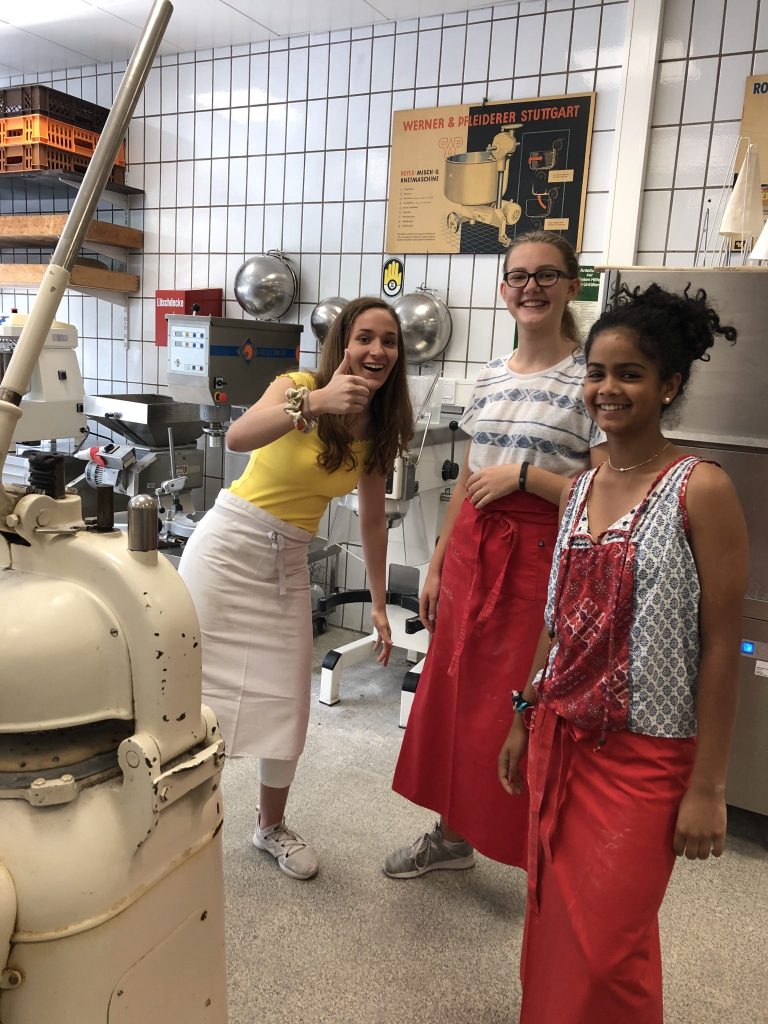 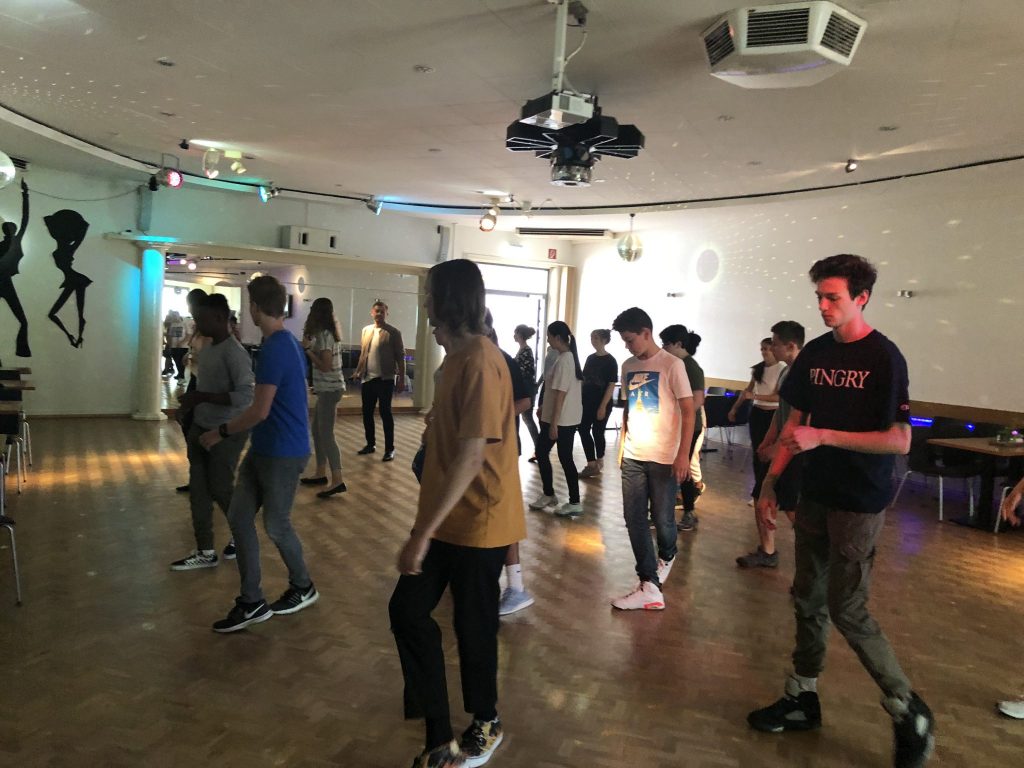 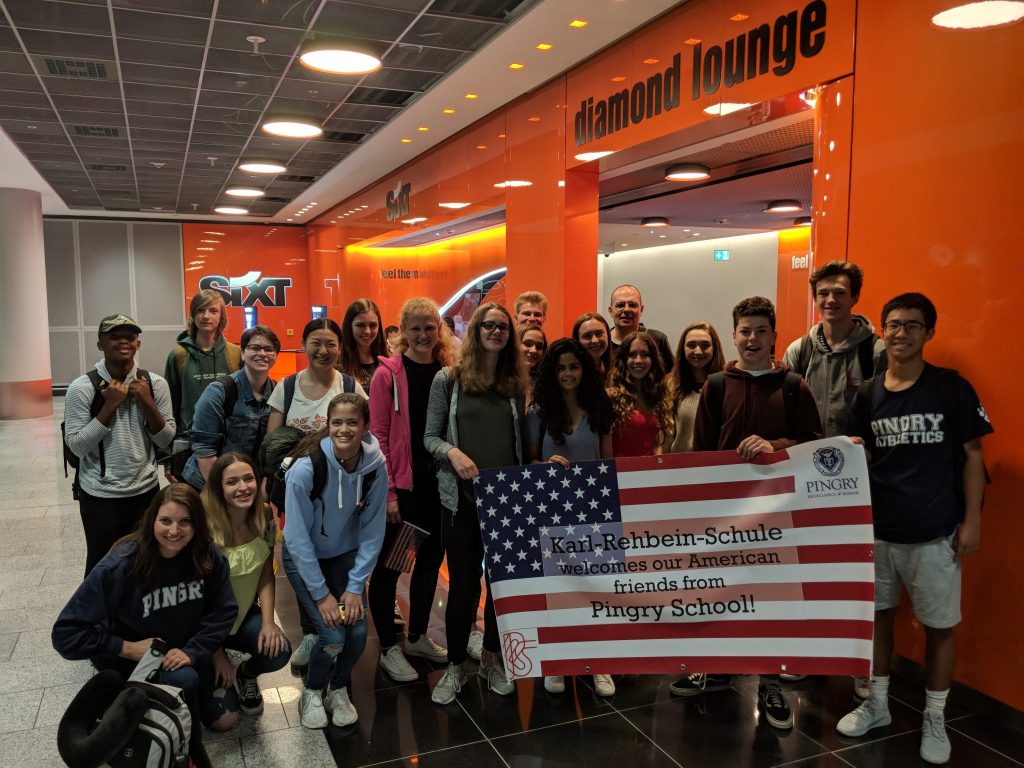