To start our final day in Germany, we took an audio tour of the Reichstag parliament building. With a winding ramp all the way up to the dome, the audio tour explained all of the important buildings in Berlin and the specifics about the building and its modern architecture as we ascended and descended the ramp. The architecture was very well thought out, as the structure in the middle served as a way to conserve the amount of energy used. The glass windows making up most of the building symbolized an open, honest relationship between the government and the people. Next, we went to the Topography of Terror museum, which gave us more information about Germany’s role in World War II, how it came to be, and its consequences. Before coming to Germany, I was interested in finding out how they would present their history, especially in World War II. This museum displayed the information effectively, and explained the details of the Nazi Party and the error in their beliefs and actions. This museum also gave weight to and exhibited specific stories about political prisoners who were persecuted.

Our next stop was a “hipster” neighborhood known to house many Turkish immigrants. Just walking down the street the diversity of the city was evident in the people, food, and stores. For lunch everyone enjoyed a popular Turkish dish called “döner kebab.” After lunch, we went into one of the bigger shopping malls in the city and went to a rooftop Biergarten, where some students enjoyed alcohol-free drinks. The quirky decorations and views allowed for some great photos. My favorite part of the day was the last part, the Syrian cooking class. Khaled, the instructor, taught us how to make various Syrian dishes such as Ouzi and Knafeh. The mission of this organization, Über den Tellerrand, is mainly to facilitate the integration of the Syrian culture into Germany through community projects, cookbook sales, workshops, etc. My personal favorite was the Knafeh which I didn’t think I would like since it was mainly just cheese and flakey pastry, but it was actually very good. The amazing dinner was a great finish to our trip in Germany. 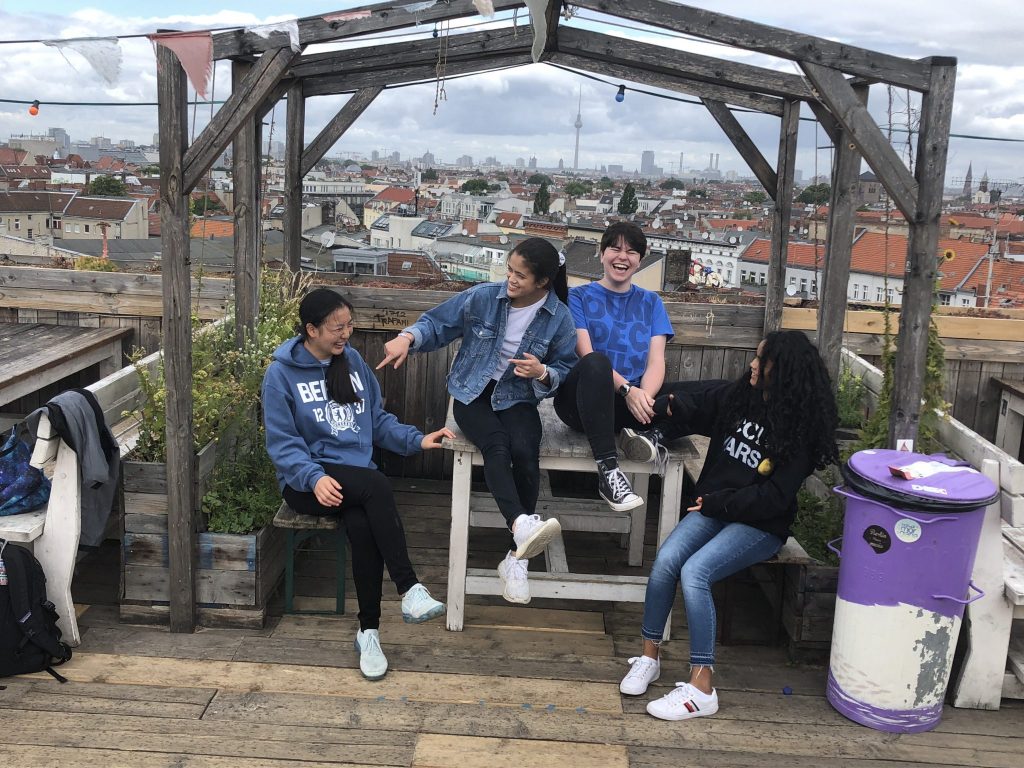 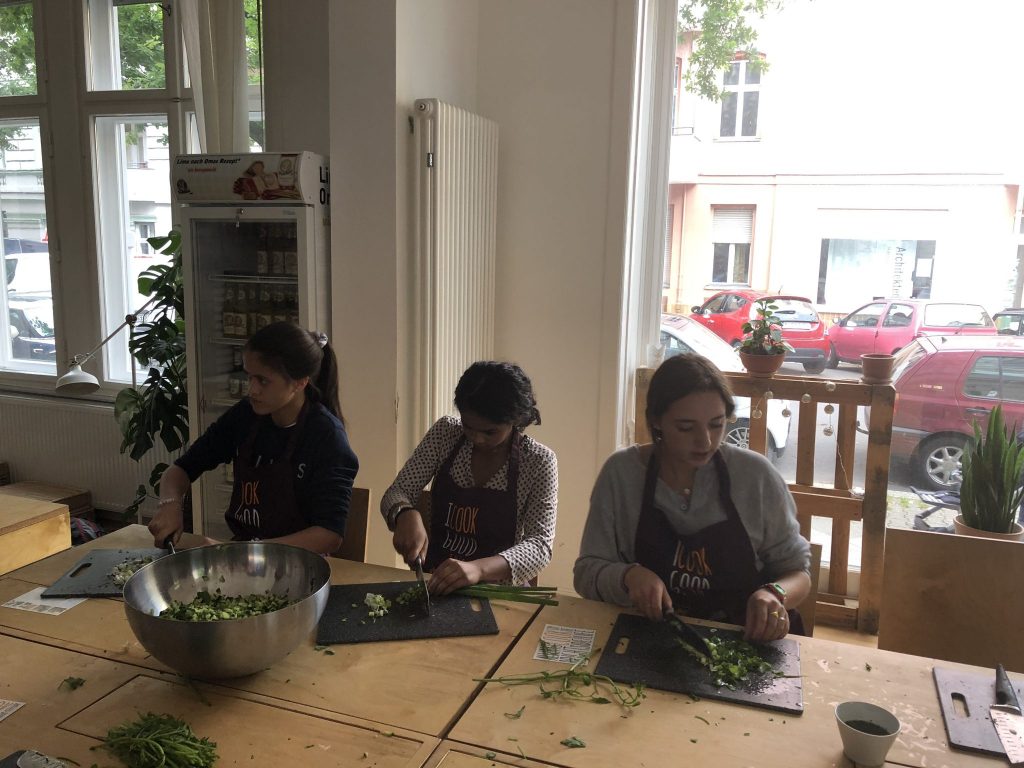 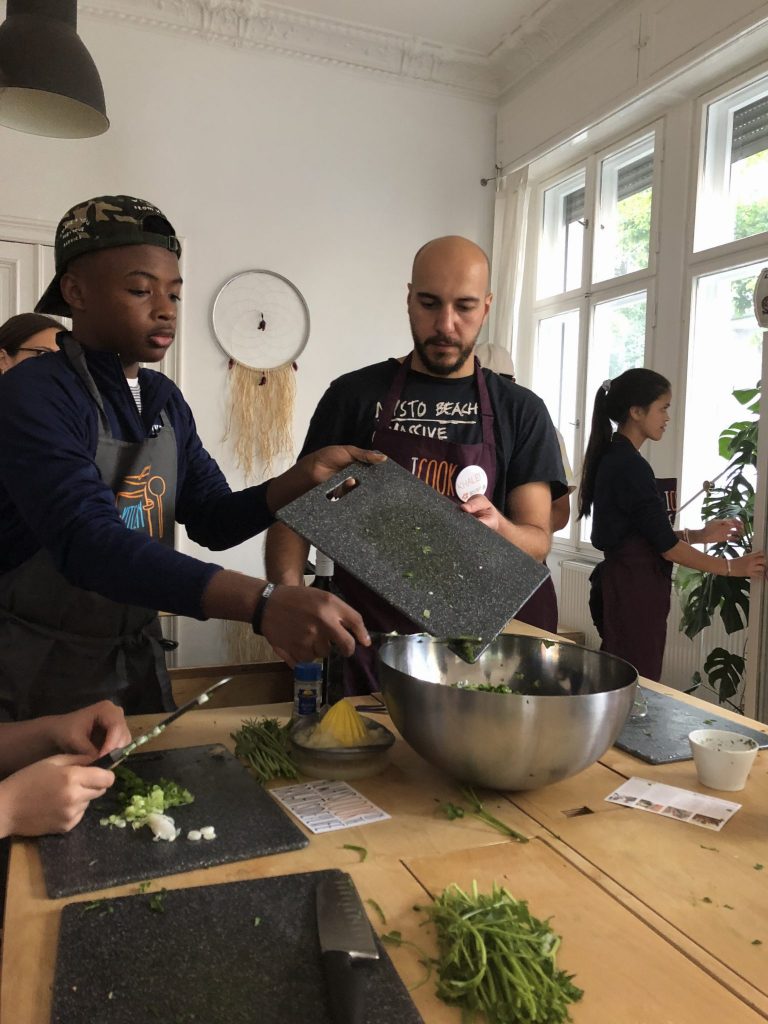 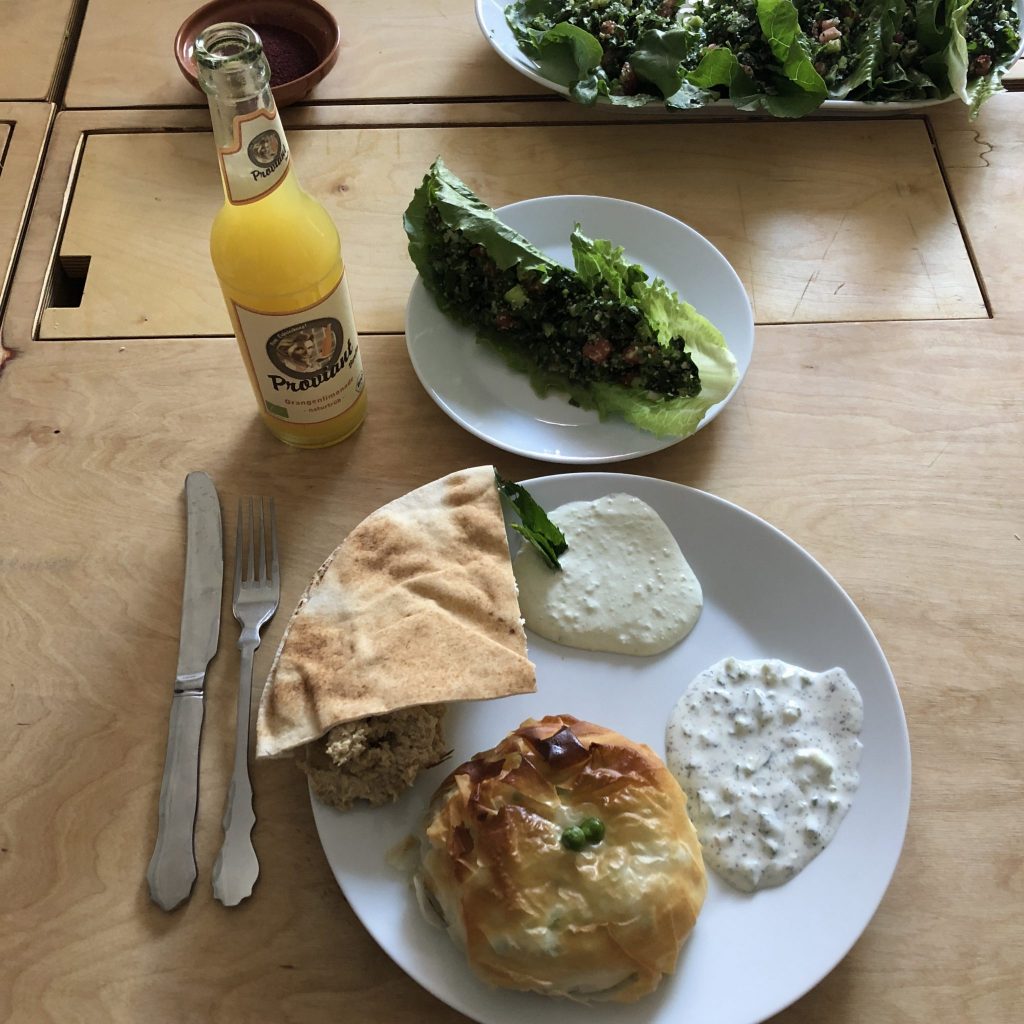