We’ve had two more days of sightseeing and culture in Berlin. Currently, Hugh and Niles are working on a blog about Day 9, our second day in Berlin. On the plane ride home, Zara will write a blog about Day 10, our third and final day in Berlin. Both blogs will be published upon our return to the States. In the meantime, below is a quick synopsis of some sites we’ve visited and activities we’ve enjoyed during our stay in Berlin.

Our second day in Berlin began with a three-hour walking tour of the city. Our tour guide, Sebastian, showed us all of the major highlights (Checkpoint Charlie, remnants of the Berlin Wall, the Holocaust Memorial, the Brandenburg Gate, etc.) and some lesser-known, but equally exciting, sites (Museum Island, Humboldt University, a memorial dedicated to the 1953 uprising in East Germany, etc.). We stopped for a rainy lunch at Bandy’s Currywurst before heading to our scheduled tour of the DDR Museum. Before the trip, we had discussed life in the GDR and watched Goodbye, Lenin in preparation for this tour. The museum did not disappoint. The simulation “drive” in an East German trabant car was certainly a highlight for most students. To escape the rain, we next watched a movie (in English with German subtitles) in the Sony Center at Potsdamer Platz. The film focused on cultural exchanges between India and Ireland and touched on many of the themes of this trip. Afterwards, we ate dinner at an Australian restaurant, where many kids tasted kangaroo for the first time. I’d say most enjoyed it!

We started our final day in Berlin with a tour of the Reichstag parliamentary building. Students remarked on the very modern interior, which was designed to showcase the transparency between the government and the people. After our audio tour, we headed to the Topography of Terror museum to learn more about the rise and consequences of Nazi terror. The museum helped everyone place the Holocaust Memorial we saw yesterday into context. We then headed to a newly gentrified, “hip” section of Berlin called Neukölln. The neighborhood is known for its large immigrant population. There were many Turkish restaurants and bakeries. We stopped at Imren Grill for lunch to try the famous “döner kebab,” which is a Turkish-German specialty. We then headed to a playful rooftop biergarten (don’t worry, no alcohol was consumed!). Students enjoyed taking photos of the beautiful views and exotic decorations. Afterwards, we had some time to shop and explore the neighborhood in small groups. Next up was our cooking class taught by Syrian refugees. Together, we whipped up some delicious hummus tabboulé laban, ouzi, and kneffeh. We learned how this cooking company, Über den Tellerand, is helping refugees get on their feet in Berlin, greater Germany, and all around Western Europe. We were all inspired! 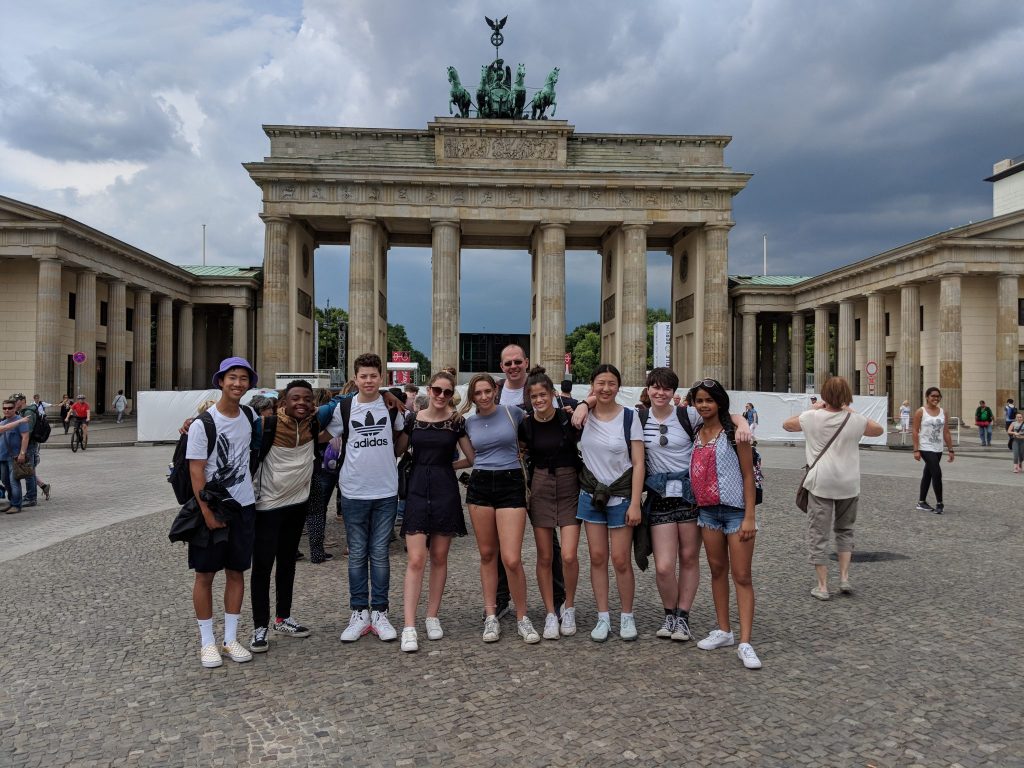 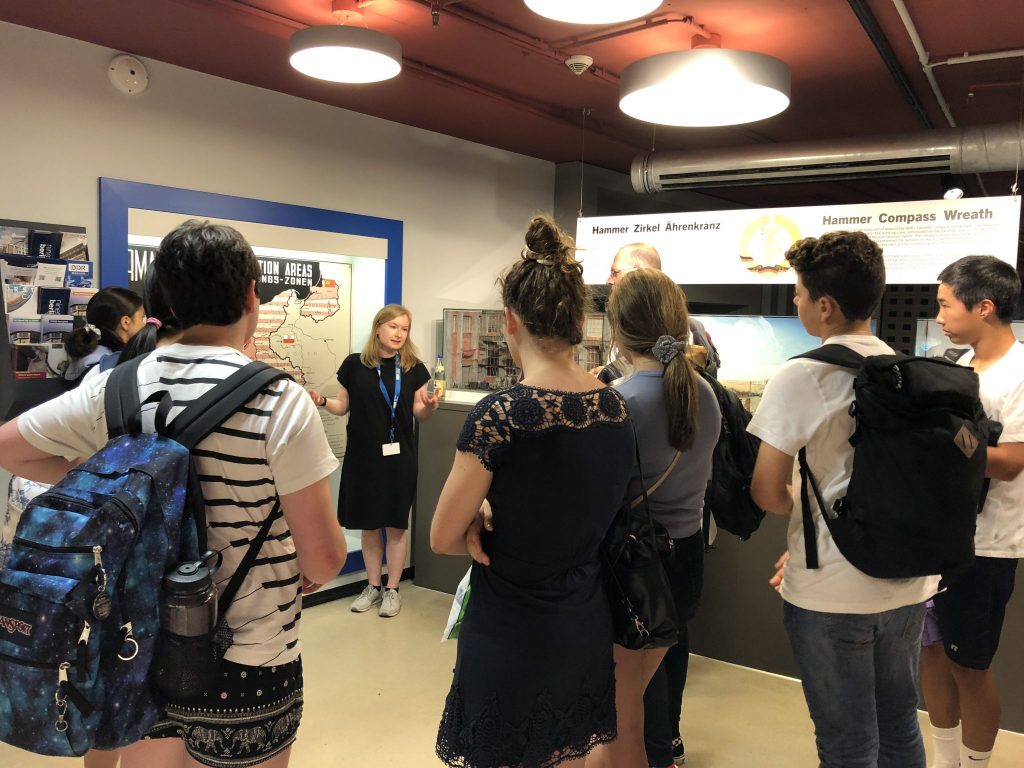 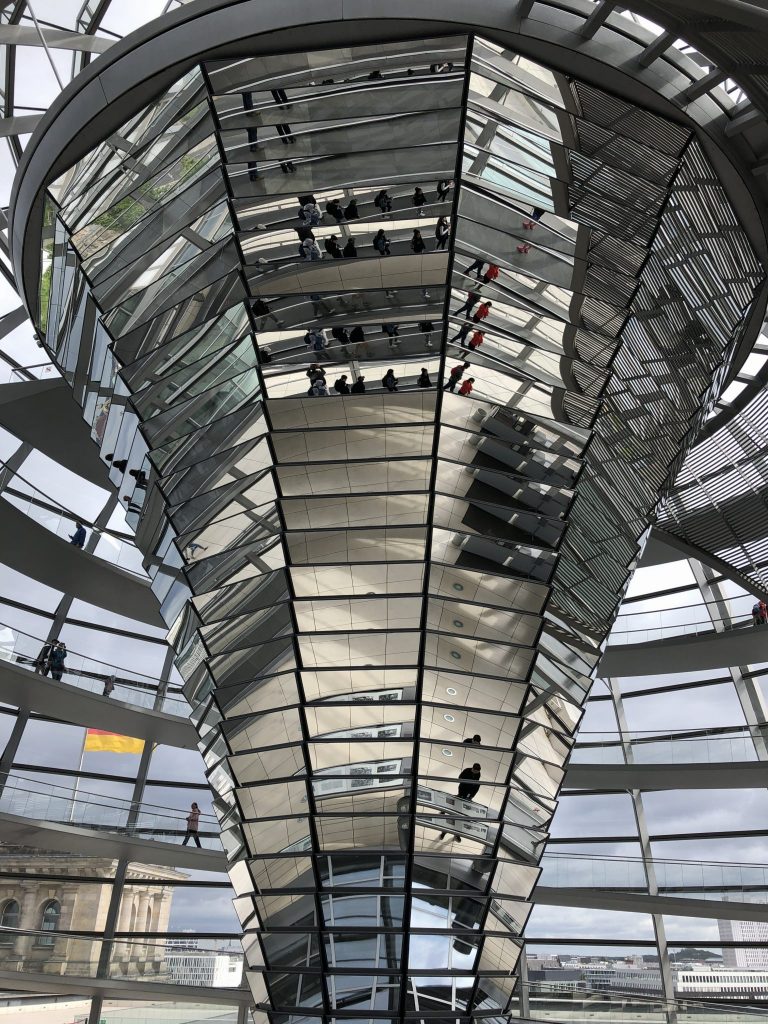 Interior of the Reichstag Dome, Berlin 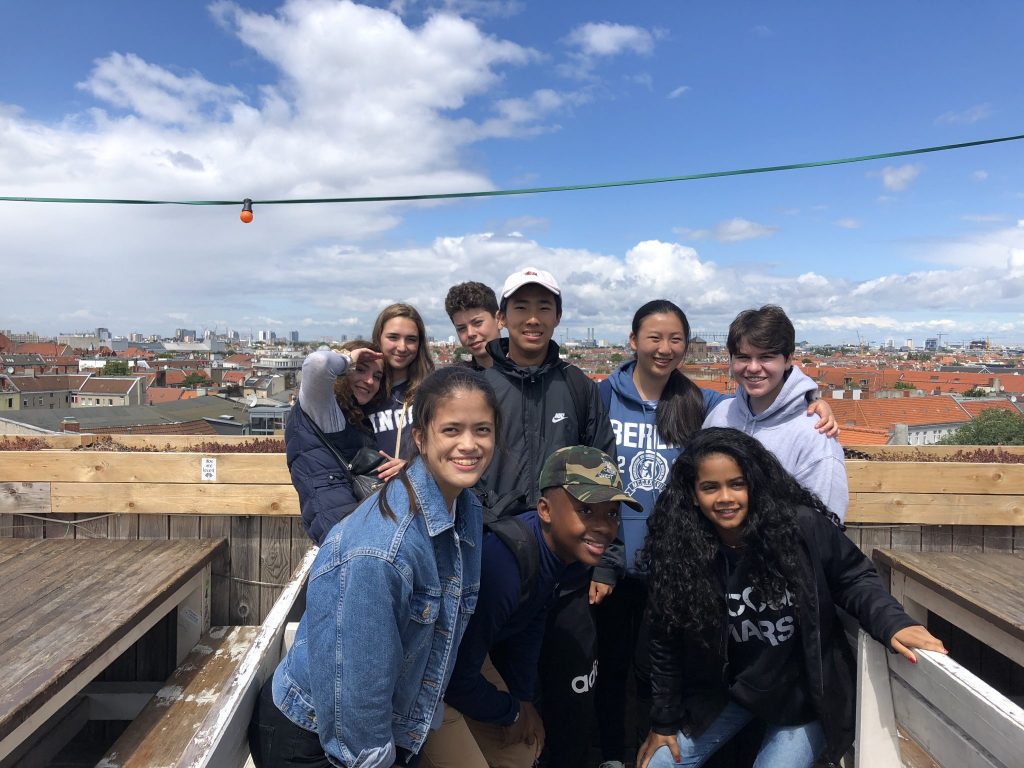 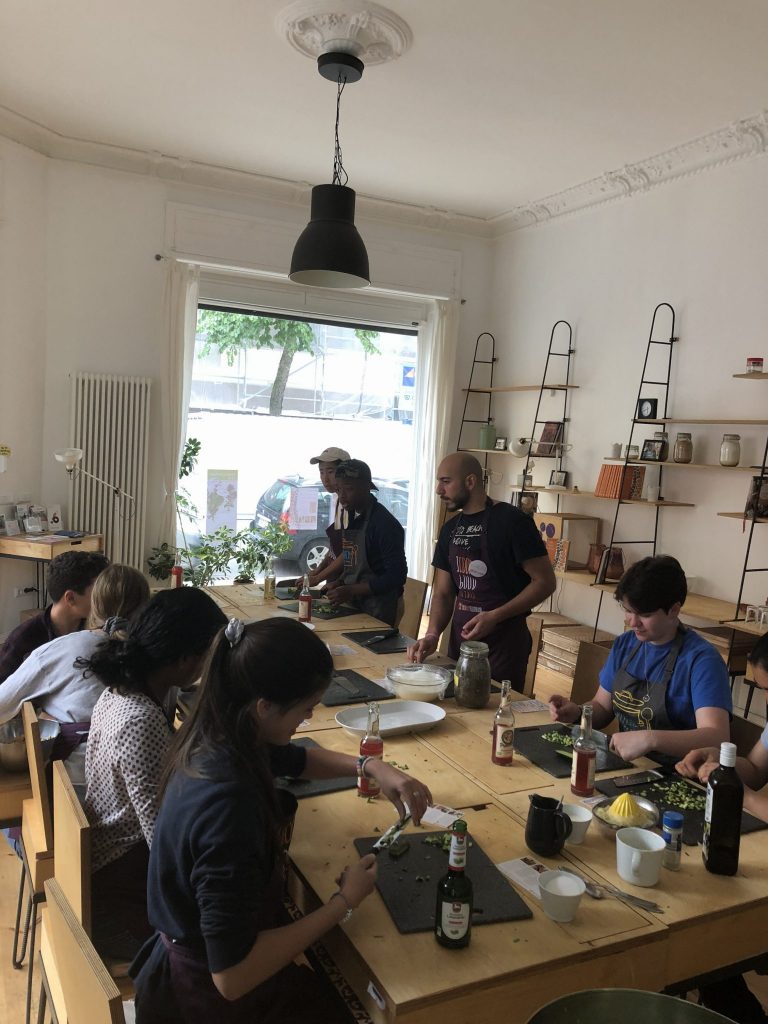