Today concluded our stay in Hanau with our host families. It was a wonderful way to end the first portion of our trip, and it was an eventful day.

We began the day in PE class at KRS. We learned a variety of handball games, first beginning with simple coordination drills. We developed our skills slowly into a game that was much like actual handball. Everyone had tons of fun, and we were all sweaty and exhausted by the end of the class, even though it was only 9:00. We then went to classes to present the presentations that we had prepared before coming to Germany. Each group had a different topic to present to the classes, whether it be sports, politics, daily life, or entertainment. Each group presented to two classes, and some classes were very eager and anxious to ask questions, and some were more shy. Nonetheless, it felt good to show the Germans our way to life, and it was inspiring to see a class full of students immersed in American culture and lifestyle. We then got to meet some Syrian refugees, or those that had immigrated from countries in the Middle East like Syria. Each of us got in to groups to talk to an individual and get to know them and share stories. For me, I had some particularly memorable conversations. I got to talk to someone whose mother immigrated from Morocco, and it was fascinating listening to her stories, lessons, and perspectives on the current events around the world. She told us about growing up in Germany but maintaining a part of Moroccan culture, and the differences and contrasts between the two countries. It was a very eye opening experience. I also had a very interesting conversation with a Syrian teenager who came to Germany just 3 years ago, and had to basically start a new life in a new country. We connected very well and easily because of our mutual interest in tennis. It turns out that he was one of the best juniors in Germany, and he played tournaments on a very high level that I really resonated with because we have the same deal in the United States. It was a very memorable conversation. As the others talked and had similar conversations, we had pizza with varieties of toppings.

After many of us were wrapping up our conversations, we were given some free time before we had laser tag at 3:00 PM. We got to walk around the city for the last time on this trip and all of us did something fun, whether it be shopping, eating, or just walking around and taking in the city. At 3, we went to a laser tag place and enjoyed four rounds of laser tag, the first two being team vs. team, and the other two being free for all. It was fun and exhilarating, trying to stay alive or shoot the enemy team as much as we could. By the end of the four rounds, we were all burnt out and sweaty. After laser tag, some stayed in Hanau and some went home to catch some rest before the farewell party at 7:00. It was a busy day for everyone, and this was a good time to rest for a few hours.

We then went to the farewell party. It was fun and an amazing way to end the day and conclude our stay in Hanau. We had a variety of amazing food from pasta to salad and drinks. Speeches were made, and countless photos were shown. We talked and laughed as we recounted all the memories that we made over the course of a week. We then continued the fun outside. We played soccer, badminton, frisbee, and conversed with those who we may not see again for a long time. Pictures were taken and the night slowly came to an end. Some went home to rest, but some went to play some basketball or continue the fun in the city. It was an end to an amazing week, but I think that everyone is excited for Berlin and what’s to come. 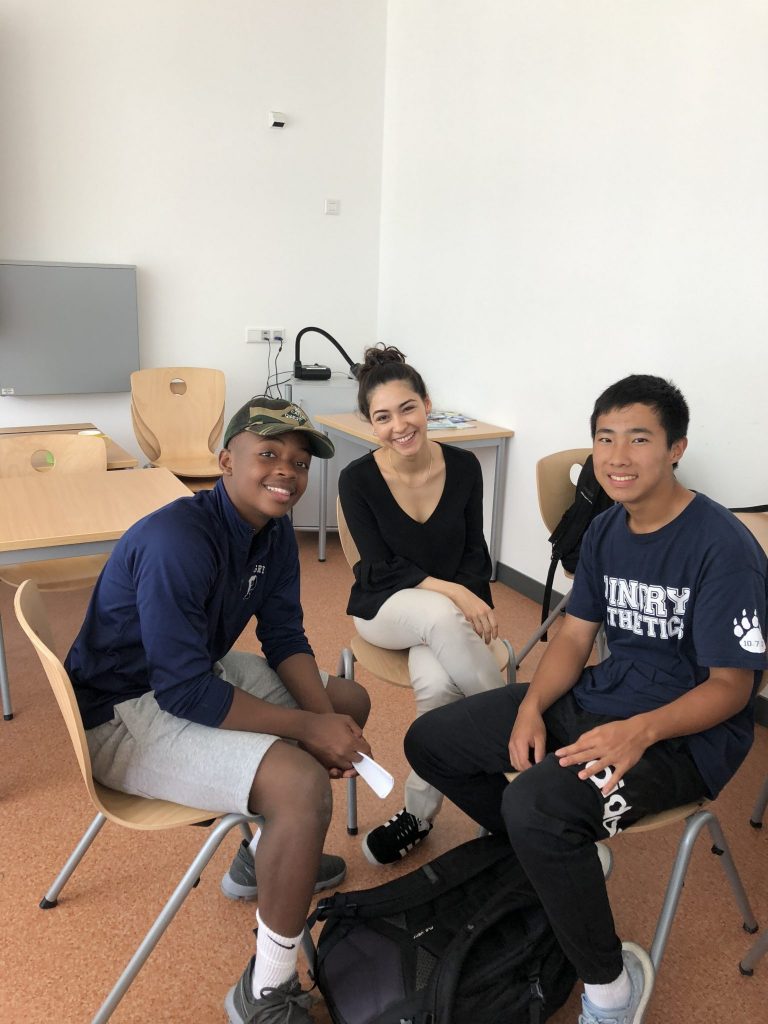 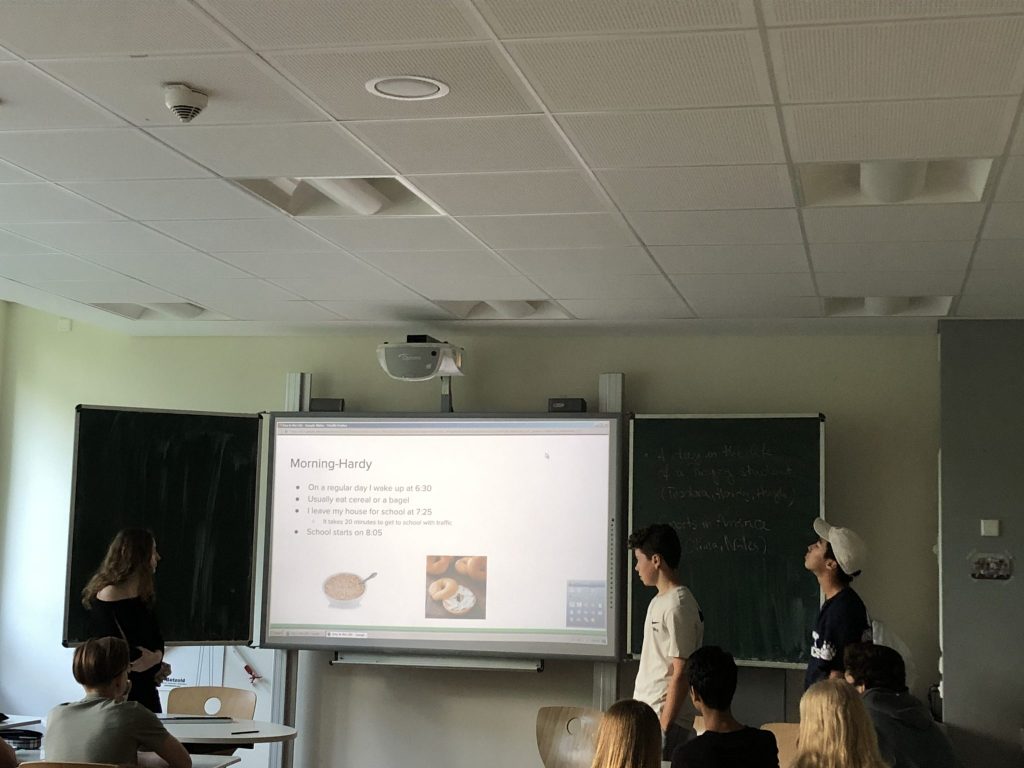 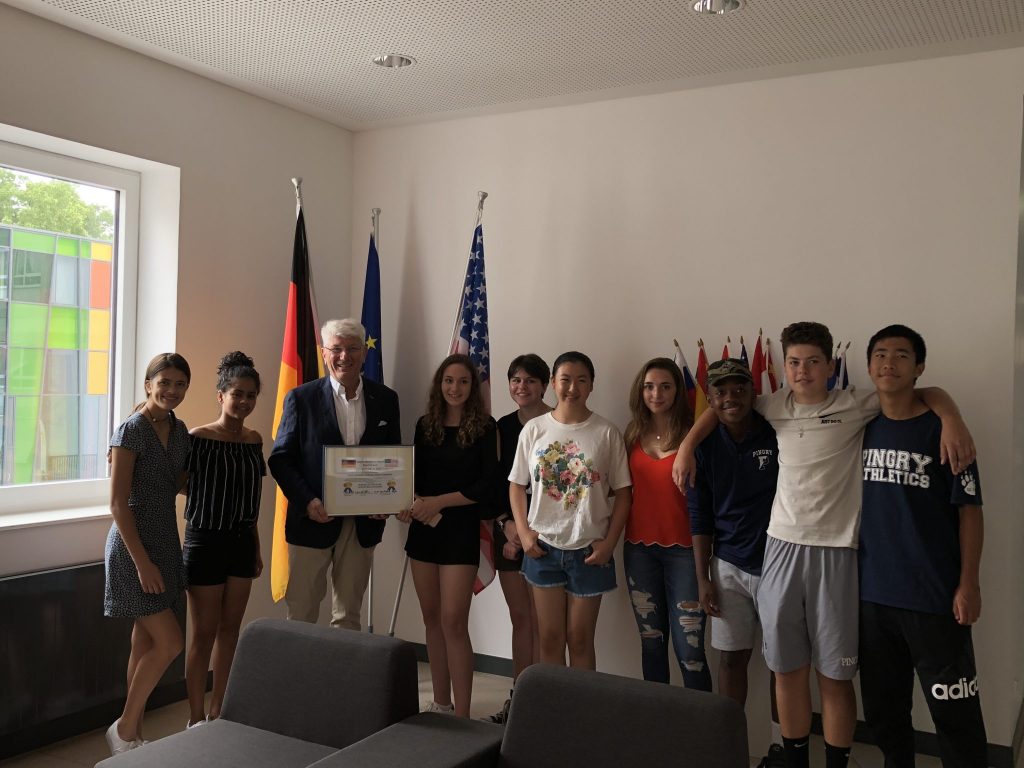 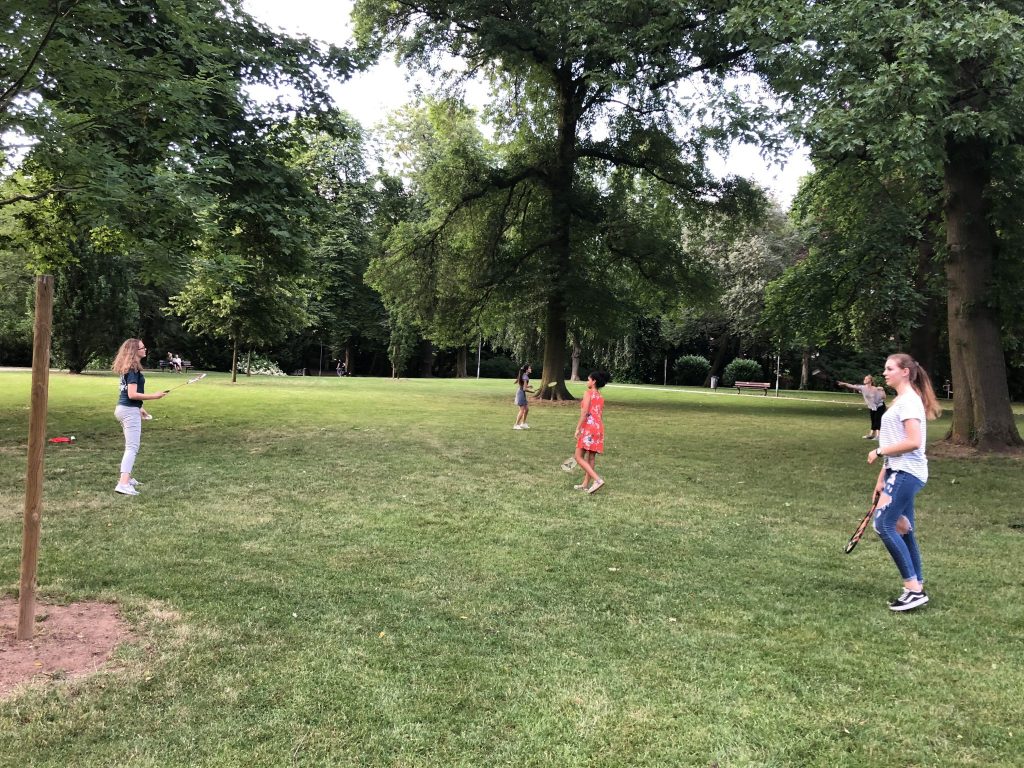