Like Rebecca Black’s ever-so-popular song ‘Friday’ suggested, “I don’t want this weekend to end!” Two days of exciting adventures, what more could you ask for?

Beginning early on Saturday morning, I ventured to Heidelberg with my host family (after a breakfast of oats, apples, and peaches with milk along with German pastries). Only a 90 minute drive (in which I fell asleep) and we were there! We had a family friend who spoke amazing English as our tour guide and met up with Zara, Hugh, and Hardy, as well as their host families and buddies. First, we took the Heidelberg tram over a bridge to get our first glimpses of the beautiful town before arriving at the beginning of Heidelberg’s Altstadt. Blended in with the campus of Heidelberg University, we walked along the mile long street and gazed into shops and stores, marveling at the picture perfect houses. We stopped to take pictures of Heidelberg Bridge as well. Eventually we reached the train station to go up the mountain to reach the famous ‘Heidelberg Schloss’, or Heidelberg Castle. When we got there, the views took our breath away. Although rebuilt and still being renovated, the castle was beautiful! And perhaps even more stunning were the sights from the top of the castle down onto the town. It’s modest to say we spent a while here taking pictures! From there we explored more of the castle, including the largest wine barrel in the world and the German apotheke museum. We walked around the grounds and then descended the 400 steps back to Heidelberg itself after about an hour and a half for lunch. We dined in a ‘traditional’ German restaurant and all of the kids including myself ordered Schnitzel (the classic, not daring the ever appealing ‘Schnitzel mit Nutella’). After that, we returned home again. That night my buddy Paula had ‘Prom’ at the same dance school we visited, and while she had invited me to come along, I possessed neither the beautiful gown and high heels she wore nor the dancing prowess she possessed. So instead I went over to Leonie and Ariel’s where we had dinner and talked for a long time with Leonie’s parents. For dinner we had many different types of Bratwurst, fresh bread, salad, and seasoned french fries – a barbecue! And to finish the night, ice cream.

Sunday morning I slept blissfully late as Paula had horse-back riding lessons and I cautioned her of my less than subpar horse riding skills. So it was at 12:30 I was awakened, just in time for lunch! Again we had barbecue, consisting of different types of Bratwurst, bread, salad, and a ‘Hesse’ specialty: Handkäse mit Musik – cheese rounds and onions. Shortly after that we drove to Leonie’s and then to Adventure Mini Golf, which Paula and I played with Ariel and Zara, as well as their buddies. With a nice score of 80 after 18 holes, I came in third. From there we drove to the house of a German student who lived close to where we would watch the game. We walked to a local cafe to see the match and had dinner annd snacks there with many other students and the teachers as well. Afterwards we drove home but not before ice cream! 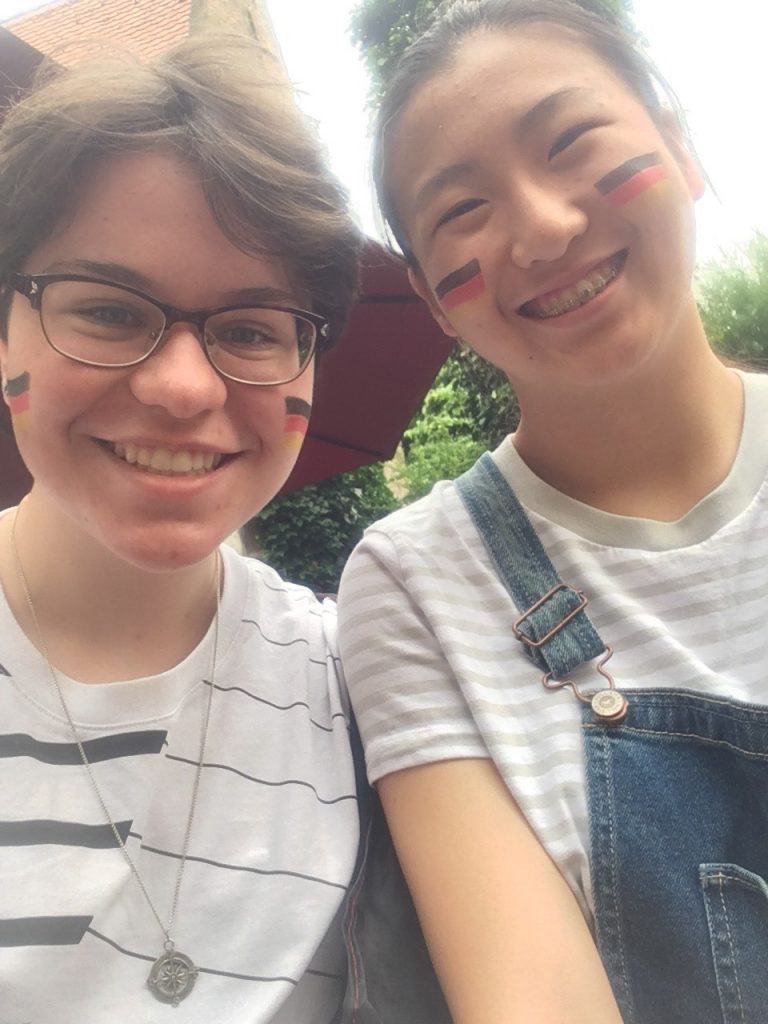 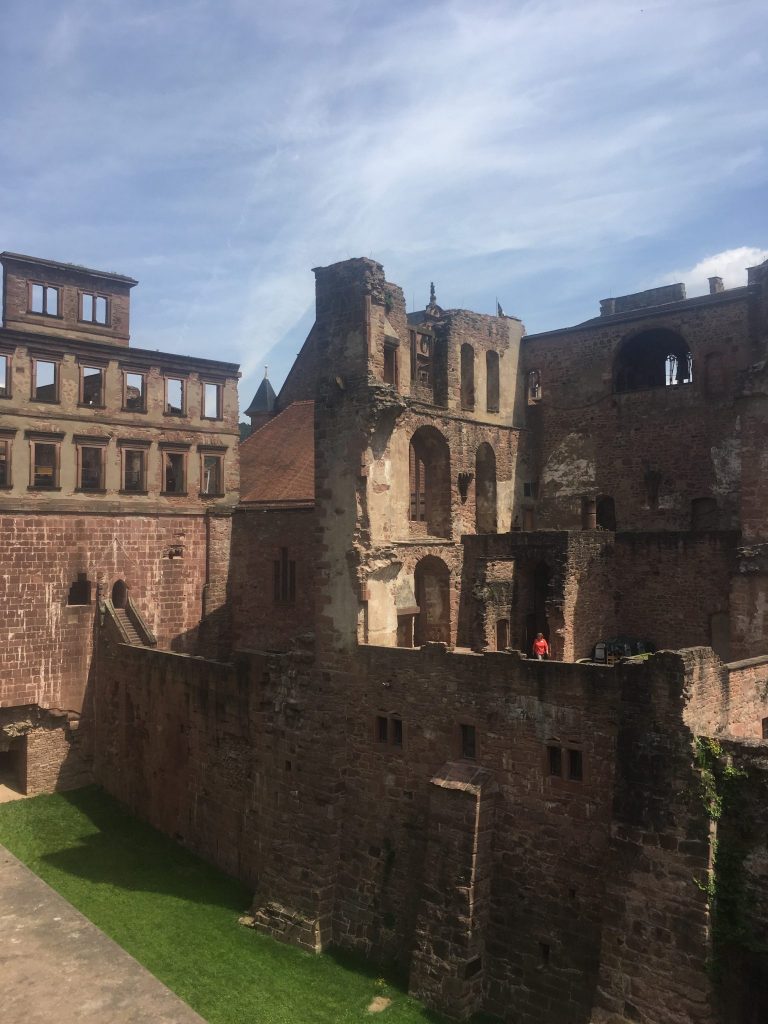 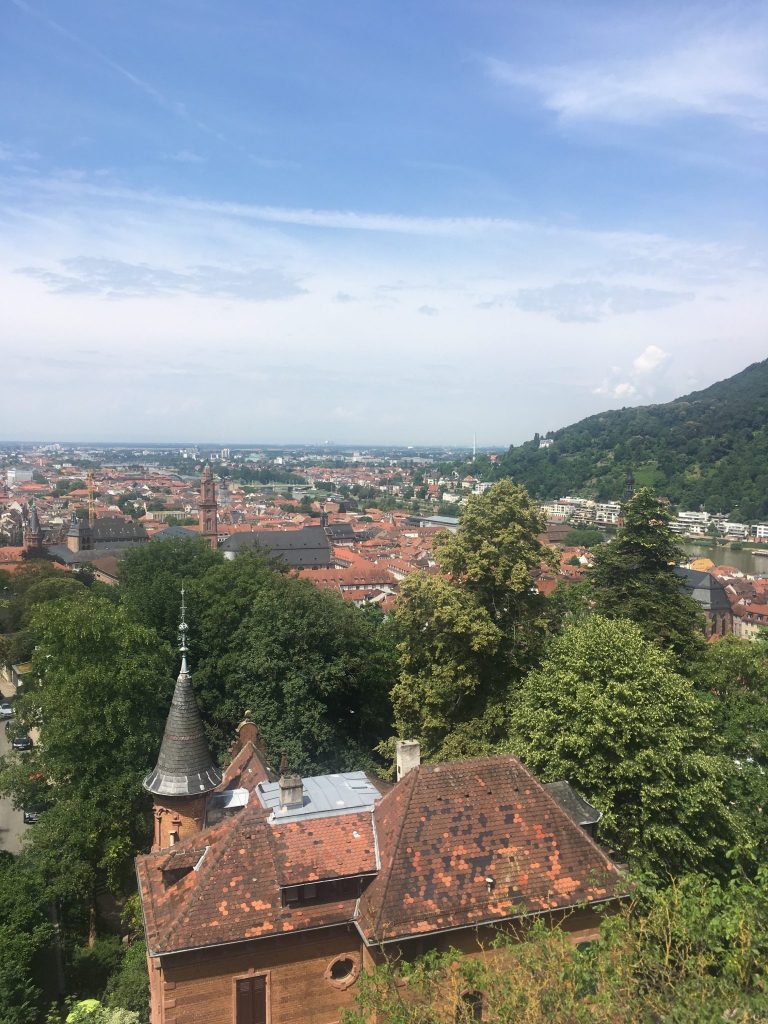 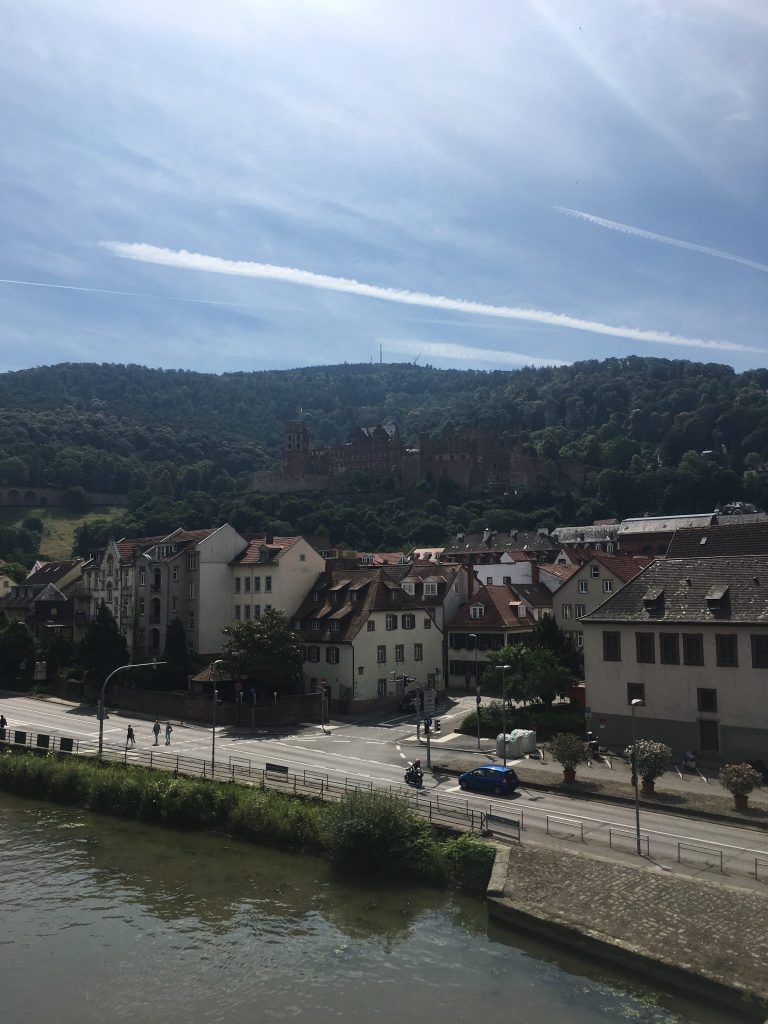