Friday night, after the planned group activities of the day, I went back to my host family’s house in Langenselbold. That night there was a town festival in the older part of town which was only a few minutes away from the house. Leonie and I went to the festival. There was a small stage with a band and many tables full of people. The band was singing many American songs such as the “YMCA” and “Stand By Me.” Lining the street, there were food stands and some games. Though there were a few children there, most of the festival attendees were adults. We decided to leave after half an hour. Leonie’s dad drove us to the supermarket so I could buy candy. The entire store was full of German flags. There were flags hanging on the ceiling over every aisle. There were flags hanging on the shelves themselves and small ones taped onto the cash register. Leonie looked just as shocked and told me that it doesn’t always look like this and that the store was decorated for the World Cup. We made our way to the candy aisle and headed straight for the chocolate. We chose three pretty large Milka bars. Afterwards we moved to the gummy section, skipping over the licorice because both of us think that it’s gross. Most of the gummy section was Haribo, but there was also another brand that I’d never heard of called Katjies. We bought 3 bags of Haribo and one bag of Katjies. After the trip to the supermarket we went home and went to bed.

Saturday morning we left the house around 10 to go to Rüdesheim, a town on the Rhein river. The whole town was beautiful. It was located right next to the river and surrounded by vineyards. The streets were mostly cobblestone and used by pedestrians. While we stood in line for the cable car I noticed that most of the pedestrians were actually tourists. The cable car seated two people and took us over the vineyards to the top of a hill. Leonie and I shared a car while her parents took the one after us. The view from the cable car was absolutely amazing. You could see Rüdesheim getting smaller behind us, other towns scattered along the river, and the seemingly endless fields of grape vines. One we got off the cable car we walked past the Niederwalddenkmal, a Germania monument overlooking the valley. We continued walking along the trails in the forest until we reached another cable car area. We had a picnic on the grass in front of an enclosure with deer. People would buy deer food from the vending machine and feed the deer that seemed to be quite friendly and not afraid of people. We then took the cable car down. This one also seated two people but was more like a ski lift than a cable car. After we got off the cable car, we took a boat back to Rüdesheim. On the boat I was really surprised that I could see at least three castles just along the river. We made it back to Rüdesheim and walked along the town until we got to Drosselgasse, a famous narrow, pedestrian-only alley. The alley was packed with people and had many cafes. We had ice cream right outside of the alley and then went back home. Later that night, Callie came over because Paula had her prom night for her dance school. We had dinner together and talked with Leonie until she had to leave.

On Sunday I woke up at 10 after sleeping through 3 alarms set for 9, but everything was okay because we hadn’t planned to leave the house until about 11. We visited Ronneburg, a castle that was only about 10 minutes away from home. I was amazed that there was literally a castle ten minutes away. We got to the castle and walked around the entire thing.The first room that we went into had the well. When you looked down into it when it was lit up the water at the bottom literally looked like a speck of grey. We filled a bucket with water and then dumped it into the well. The well was so deep that you can’t hear the sound of the water hitting the water at the bottom until after 10 entire seconds. After that we saw a peacock in the courtyard just roaming around and screaming at people. Then we made our way to the top of the tower. The view from the top was amazing. You could see the fields of the farms near the castle and several towns including Langenselbold. You could even see the Frankfurt skyline and the European Central Bank. From the tower we actually saw Niles and Valentine in the courtyard and later Teodora and Kim as well. Coincidentally, all of us decided to see the castle at the same time. After we climbed down the many many steps of the tower we saw all of the rooms of the castle, including the chapel that Leonie’s parents got married in. We left the castle around noon to go home and eat lunch. After lunch, at around two, Callie and Paula came over and we drove to Adventure Golf to play mini golf with Zara and Charlotte. We were all pretty terrible except Zara who plays golf at Pingry, but Callie and I like to tease her and say that golf isn’t a real sport. Zara ended up winning overall and I came in fourth (which was also third to last, but saying fourth makes it sound slightly better). We then met everyone at Valentine’s house before walking to the café to watch the soccer game. Everyone was dressed up in jerseys and had painted German flags on their cheeks. Teodora even had a cowboy hat in the colors of the German flag and an air horn. Callie had a poncho in the colors of the flag. I felt pretty underdressed, but at least I had face-paint on. Germany actually lost the match against Mexico (0-1) but I had fun anyway. When we were walking back, a group of us (Zara, Charlotte, Callie, Paula, Hugh, David, Leonie, and I) left the main group and sat on a stone wall near a river. We ate cake that Charlotte brought. Hugh and David left before Callie took a picture of us with her Polaroid camera. Zara and I also took pictures of us sitting on the wall. After maybe half an hour we went our separate ways and went home. 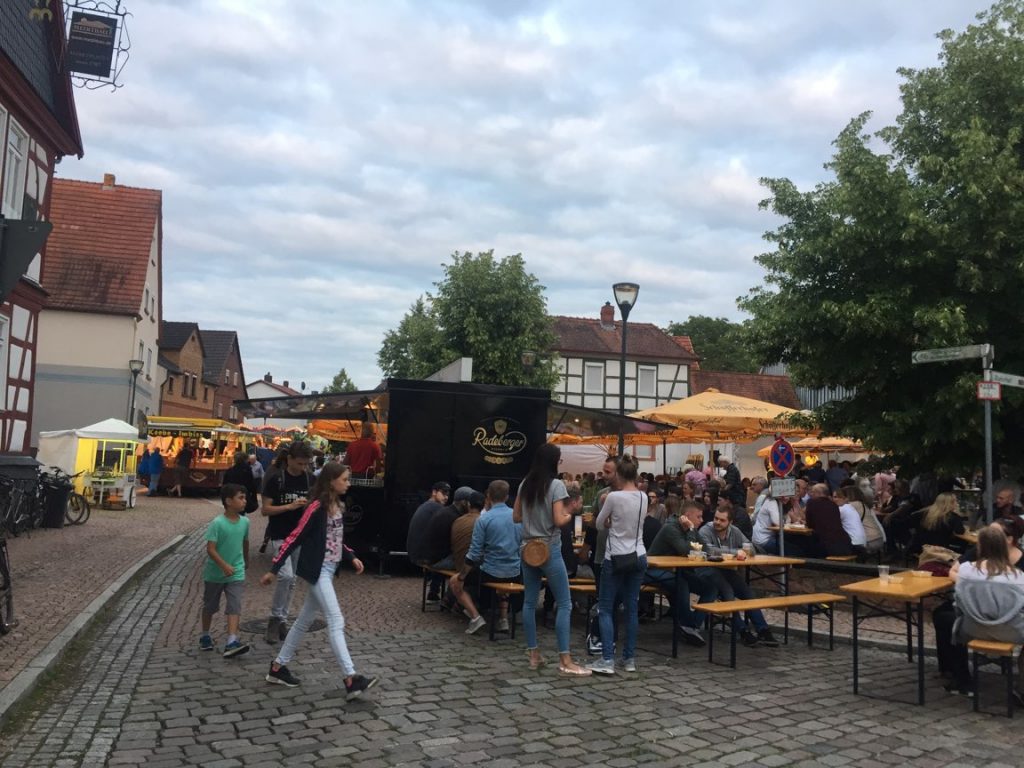 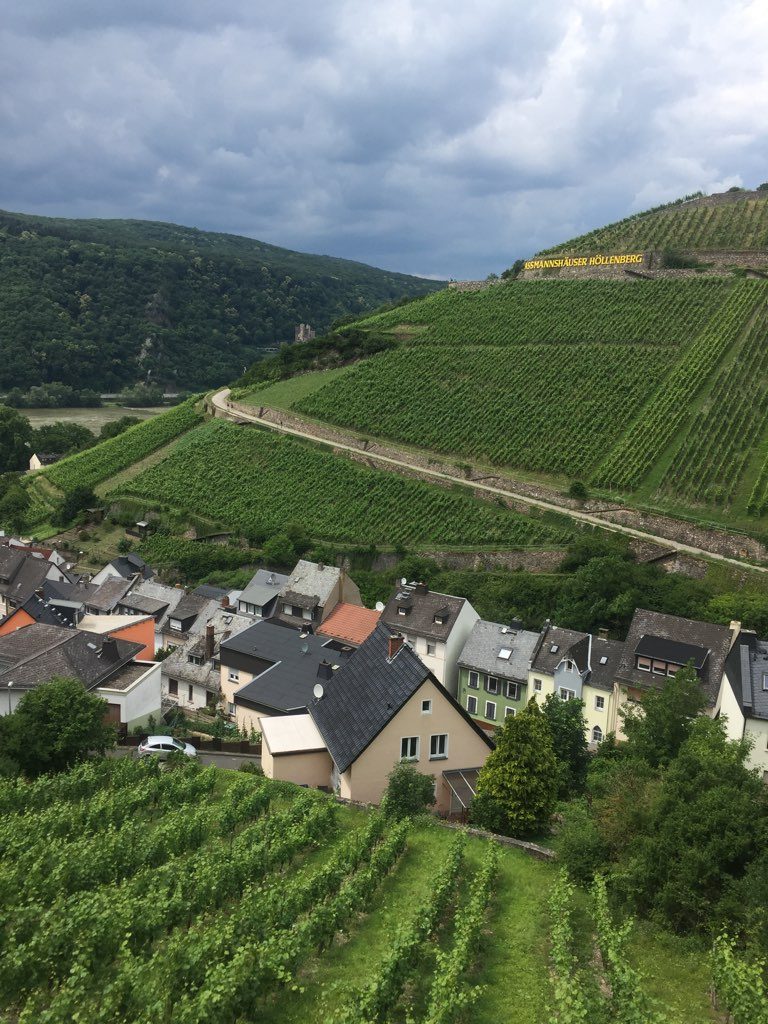 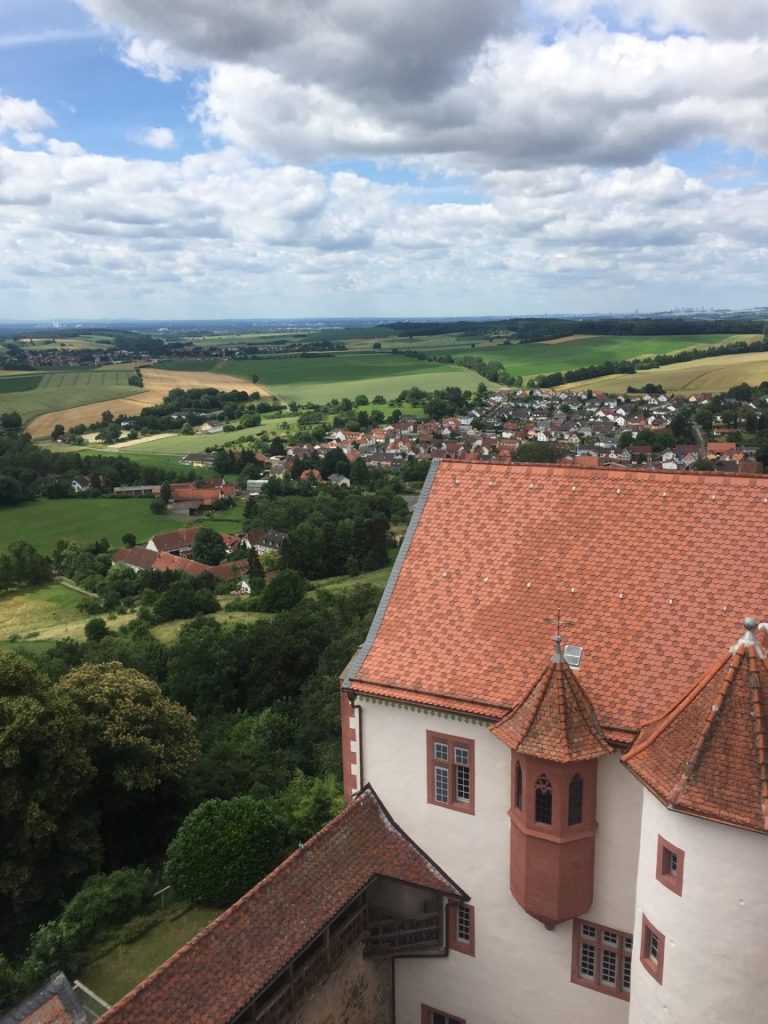 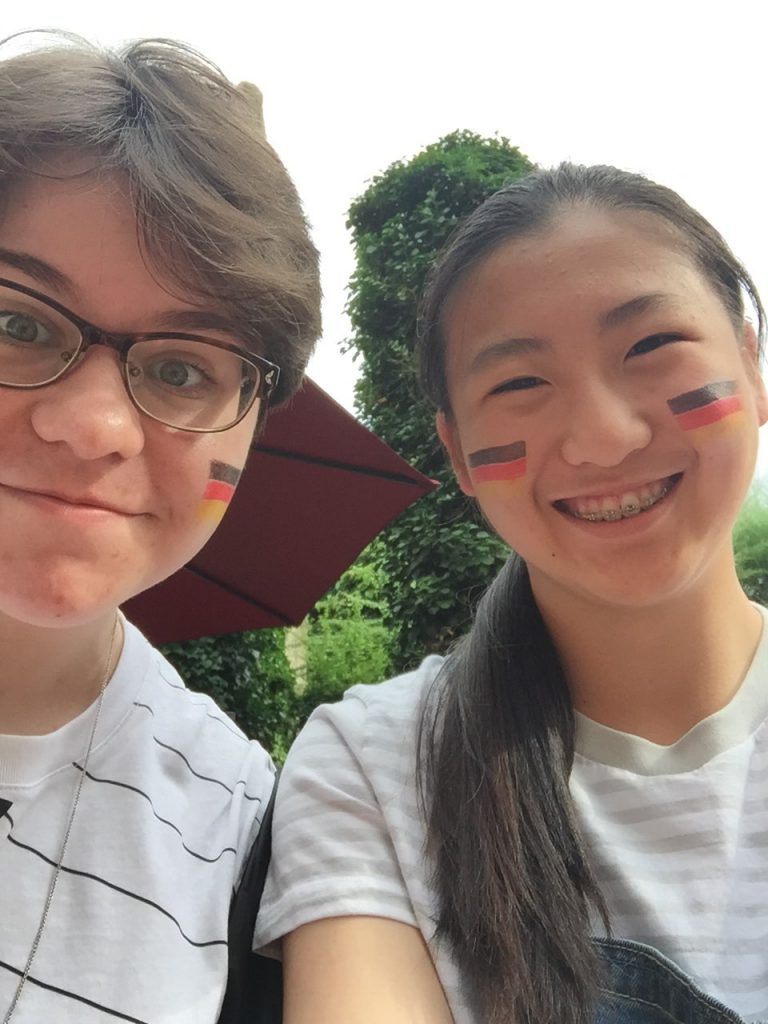